On a run before dawn the other morning, I began to think about the number of women I know who have been raped. I counted four. It’s always in the dark that I dwell on this—a reflection of the fear that grips me even in well-policed suburban America.

In the Democratic Republic of Congo, where I was in March, fear is what has long silenced many women who have been raped. For them, too much was at stake to reveal the horrors of those assaults. Women who have been raped face shame, and often rejection by their husbands and communities. Why compound that suffering by telling the truth?

But now, the truth is becoming too hard to hide. In Congo, rape has become a weapon in the regional war that has gripped the eastern provinces. It’s a way to humiliate women, their families, and whole communities, and is used as a means of attacking men. And worse, sexual violence is now creeping, unimpeded, into community life, too. 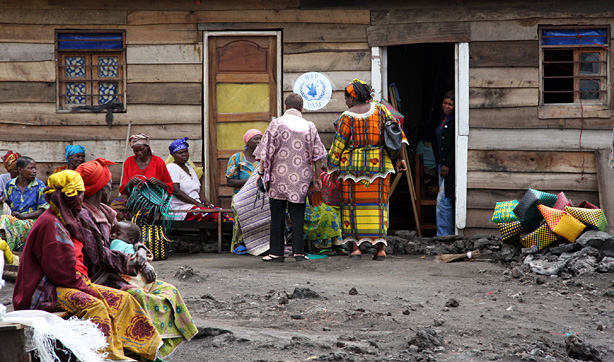 The UN peacekeeping mission based in the eastern provinces said last month that between 2005 and 2007, 14,200 rape cases were reported to health officials in South Kivu alone. And there is an added grimness to that statistic: a 14 to 20 percent HIV prevalence rate in the region.

“The sexual violence in Congo is the worst in the world,” John Holmes, the United Nations under secretary for humanitarian affairs, told the New York Times in October. “The sheer numbers, the wholesale brutality, the culture of impunity—it’s appalling.”

His voice crackling with anger, a local chief in South Kivu told us last month about his 12-year-old daughter who was abducted by a soldier. He had taken her for his “wife.” Outraged, the chief went in pursuit.

“I had my machete. I was going to fight back,” he said. He was able to rescue his daughter and return her home, unharmed. But his neighbor’s daughter, 15, was not so lucky. She was rescued too late. Now, she is pregnant.

Speaking out about these crimes is risky. Women who challenge the culture of impunity become targets themselves. But that danger has not cowed Justine Masika, head of a Goma-based group that has helped more than 7,000 women who have suffered from sexual violence. She now lives behind a wall of barbed wire erected after soldiers came to her house and attacked her daughters.

Where will it end? Perhaps the better question is what can we—here in the US—do to help stop this terror? A bill filed recently by US senators Joe Biden and Richard Lugar is the first step. It directs the US president to develop a strategy to prevent violence against women and girls internationally and to provide funding for programs that address that violence.

Will it help? At the very least, awareness about the scope of the problem can begin to dispel the darkness around it.