Twenty-five years is a long time to survive in the music industry. Just ask Merge Records, which was founded in 1989 by Laura Balance and Mac McCaughan of the band Superchunk. Not only has the Durham, North Carolina-based label endured in an industry that looks very different than it did a couple of decades ago, it has also grown and changed. What started as a “mom & pop” operation created to release their and friends’ music this week celebrates its second Billboard #1 album (Arcade Fire’s Reflektor). 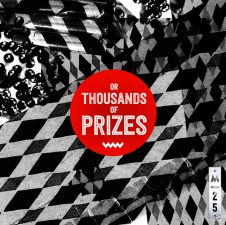 So it’s fitting that this week the folks at Merge announced a vinyl record box set celebrating this landmark 25th anniversary. And, to make the occasion even more meaningful, they decided that all proceeds from the sale of the box set will benefit Oxfam America’s efforts to fight poverty and hunger around the world.

The box set, called Or Thousands Of Prizes, will be pressed on colored vinyl featuring exclusive, newly released tracks from 25 Merge artists including Superchunk, Mikal Cronin, Mount Moriah, The Mountain Goats, The Clientele, Destroyer, King Khan & the Shrines, Lambchop, and more. These singles will be delivered to subscribers periodically through the year, and Merge promises other bonuses to subscribers as well.  Given Merge’s track record of releasing stellar music by remarkable artists, these singles will likely become collectors’ items very quickly.

To get you ready for this exciting onslaught of new sounds, I’ve put together an Oxfam America Spotify playlist, below, featuring some of my favorite Merge Records tracks and artists. Take a listen, share it, and don’t forget to order your subscription to Or Thousands of Prizes for yourself or as a holiday gift. After all, an online playlist is great, but those vinyl singles—like Merge Records itself—are built to last.