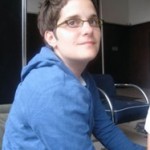 It may seem strange, given the focus of my job, but I arrived late to Facebook. When I first considered joining, it seemed like a grand experiment in narcissism rather than a good use of my energy, and certainly not a tool for social change. Eventually, I caved when my niece was born and the photos went up. All of a sudden, I had a reason to join my friends and their friends in this bizarre space of “likes” and “wall posts.”

As a fellow Facebook skeptic, I understand Malcolm Gladwell’s critique of social media in his recent New Yorker article “Small change: Why the revolution will not be tweeted.” Gladwell challenges the notion that social media tools like Facebook and Twitter can create social change, pointing to several examples of our misguided assessment of their role in major global events like the protests in Moldova and Iran in 2009. His conclusions have sparked a public debate about the ways we use social media to educate and motivate supporters.

While working at Oxfam, I have collaborated with others to take advantage of the speed and scale of social media. We’ve organized events, posted videos highlighting the work of our partners, and updated supporters about Oxfam’s emergency response to the Haiti earthquake. These examples share more than space on the Oxfam America Facebook wall. They also demonstrate how “weak ties,” the connections between people who may never shake hands or share a meal, can bring supporters closer to social change taking place on the ground.

Gladwell argues that Facebook and other social media are inherently ill-equipped to coordinate a revolution because of their reliance on these weak ties. He believes a loose group of strangers are unlikely to ever find the collective fervor and mutual accountability necessary to sustain a movement against the status quo. Facebook, he says,  “succeeds not by motivating people to make a real sacrifice but by motivating them to do the things that people do when they are not motivated enough to make a real sacrifice.”

While Gladwell is right to point out that we often overhype the promise of shiny digital tools to deliver large-scale change, he misjudges the current relationship between these tools and the organizers who use them. It’s true that social platforms like Twitter and Facebook work by linking thousands of people who would never otherwise meet, yet it’s this precise attribute of an online network – its ability to minimize the obstacles of time and distance that can sometimes hinder effective real-world organizing – that hold potential for effecting real change. A now-classic example was during the Obama presidential campaign, when organizers used social media and other new media tactics to recruit and sustain an offline network of volunteers.

If we are truly committed to helping people find ways to get involved, whether they have five minutes or five years to give, then we must value contributions (what Gladwell termed “sacrifice”) all along the spectrum. Further, we must dedicate ourselves to meeting people where they are—whether they live in our physical neighborhoods or our online networks.

In the end, these digital tools are just tools. One million “likes” will never replace the strong-tie affiliations Gladwell reminisces about. A Facebook wall post won’t translate into instant social change. But even when we’re hesitant at first, it will keep us logging in—and give us a simple way to stay connected.