Entitled. Narcissistic. Lacking a work ethic. These stereotypes about the millennial generation are so common they’ve become clichés—but they’re far from universally true. In fact, it’s pretty much impossible to sum up an entire generation of Americans with a few buzzwords.

For proof that not everyone in their 20s and early 30s is a social media addict living in their parents’ basement, look no further than these seven young leaders. Alumni of Oxfam’s student leadership program, the CHANGE Initiative, they’ve dedicated their careers, and their lives, to making a difference in the world.

Born and raised in Liberia and educated in the US, Gyude serves as deputy chief of staff to Liberian President Ellen Johnson Sirleaf. He made headlines last fall when he wrote a powerful open letter to the international community calling for urgent aid for those suffering from Ebola.

“Everybody I knew when I was in the US, I wrote them to say look, we’ve written the US president this letter. Call your Congressman. Do anything you can to move to the US system so that we can be able to get a response that is adequate to the problem we face,” he told National Public Radio.

“Oxfam’s CHANGE training taught me that there is always a role for you to play,” says Sophia, 32. “Your voice is needed. There is no other voice like it, which is why it’s so critical that you use it. And so long as I am using my voice, I can make a difference, no matter where I end up in the world.”

Sophia has used her voice for change in a number of ways: she’s worked as a youth organizer at Oxfam America; an alliance builder; and an advocate for communities in Haiti, where her parents were born. Today, she’s the global coordinator for Oxfam’s Behind the Brands campaign, making sure that the world’s 10 largest food companies do their part for people and the planet.

As a former tour coordinator for the environmental action group Reverb, Paul, 25, worked with major music artists to reduce their environmental impact while on tour. In his free time he connects not just with musicians, but with fans, too, volunteering with Oxfam at concerts around the country and teaching yoga classes at major music festivals.

“Social media is very influential, [but] the more impactful situations are when you’re interfacing one-on-one with a real human being. Those are the moments you remember the most,” says Paul of these efforts. “I truly believe in the absolute power of one-on-one interactions.”

“I’ve spent most of my career doing community-based food justice work,” says Sarita. While working as project director of the East New York Farms! Project, she brought youth and adults together to work on issues like local sustainable agriculture and community-led economic development. She now works as a consultant with the Food Dignity Project and a community initiatives associate with the Brooklyn Arts Council. Sarita credits the the Oxfam CHANGE training for her dedication to making food fairer and healthier: “Oxfam fundamentally shaped how I define root causes and identify solutions.”

The founder and CEO of Cadence Biomedical, Brian makes a groundbreaking medical device called the Kickstart, which helps people walk again after a stroke, spinal cord injury, or other neurological condition. (Watch the video above to see how it works.)

“I don’t think I would be doing what I am doing had the folks at Oxfam not entrusted me with the responsibility to become a part of CHANGE and set the expectations that I could do something new and impactful for the lives other around the world,” says Brian. “It really opened my eyes to what I could do with my career and my life.” 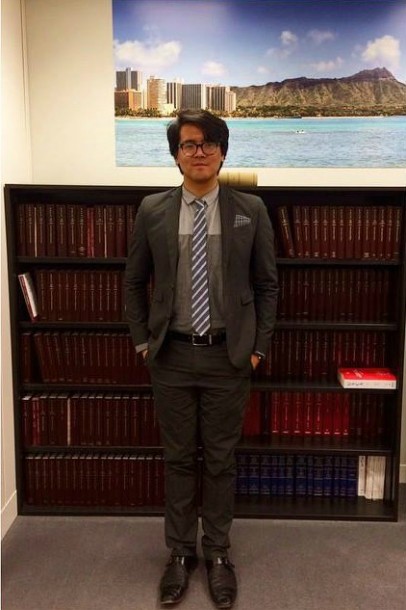 Trelaine, 24, is a voice for justice in Washington, DC, where he works as a Congressional staffer in the office of US Senator Brian Schatz. His commitment to changing the world began when he was a graduate student at American University. “As an ethics major, I definitely pushed for some social, economic, and environmental justice advocacy on campus. And I moved on to get my Master’s degree in justice,” he explains. “Oxfam’s CHANGE training gave me the leadership know-how to develop my on-campus organization, and to foster a working relationship with other justice groups.”

Four years into the crisis in Syria, many refugees are struggling to survive. As an aid worker for the Danish Refugee Council in Amman, Jordan, Rahaf helps make sure that refugee families can get the assistance they need.

Rahaf, 23, didn’t always believe that her contributions could make a difference. “It sometimes [felt] daunting to think about how many different issues and problems exist in the world that prevent people from accessing their basic rights,” she recalls. “World leaders, educated activists, and many people struggle with solutions, so what could I, a college student, possibly do to impact these issues?”

But after taking part in Oxfam’s student leadership training in 2011, she realized that “small solutions lead to big change” and that that she did have the power to help. “I found a platform that strengthened my voice,” she says.

Inspired? Now it’s your turn: Apply by April 1 to become a leader on your campus and join Oxfam’s CHANGE Initiative.