Oxfam helps communities around the world fix up their wells and learn how to treat their drinking water to avoid water-borne diseases. It’s particularly important during times when people are short on food, due to bad harvests following drought, floods, or any sort of humanitarian emergency. This was the case in Senegal in 2011 and 2012, when Oxfam’s program helped farmers recover from a drought and bad harvest in 2011. Oxfam delivered some cash to help farmers buy food, but we also helped them to address water and sanitation and hygiene, all closely linked to malnutrition — because if you have a stomach ailment from drinking bad water, you won’t benefit from the nutrition derived from what food you can find. 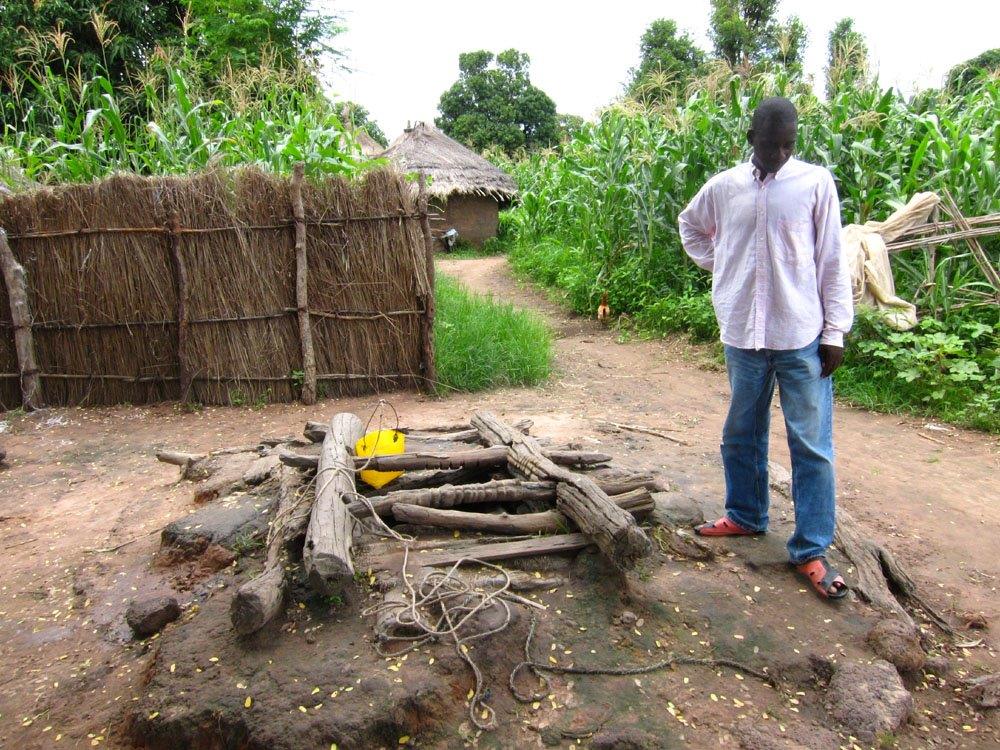 Build a wall around the top of the well, with a reinforced concrete drainage apron around it. This will prevent surface water running into the well; particularly important where there are animal droppings around.

Install a reinforced concrete cover over the top of the well to keep anything from falling in and polluting the water.

This will make it easier to draw water, if a community can afford to maintain a pump (not always the case—pumps break down and take money, time, and spare parts to repair). Oxfam is introducing a variety of pumps, including locally manufactured and easily maintained rope pumps.  A pump piping water up from the bottom of the well takes away the possibility of infecting water with a dirty bucket or rope.

In eastern Senegal, Oxfam distributed hygiene kits that included bleach – just a capful in a 10-liter container will kill bugs that make people sick.  In the southern region near Kolda, Oxfam also installed special dispensers near the wells that dole out a pre-measured portion of a chlorine solution that will safely treat a container of well water. Oxfam works with communities to solve drinking water problems in emergencies because water-borne diseases can be devastating especially for malnourished children. But we also work on water and sanitation and irrigation in our long-term programs.

Clean water can mean the difference between health and sickness, or even life and death. Help provide a community with buckets, chlorine dispensers, and other essentials.  Donate now