Millions of Filipinos are struggling to recover in the wake of Typhoon Haiyan, one of the worst natural disasters to hit their country in years. Oxfam is racing to help meet the needs of 500,000 people. Below, the photos of Dennis M. Sabangan capture some of the devastation and highlight the urgency of the response. 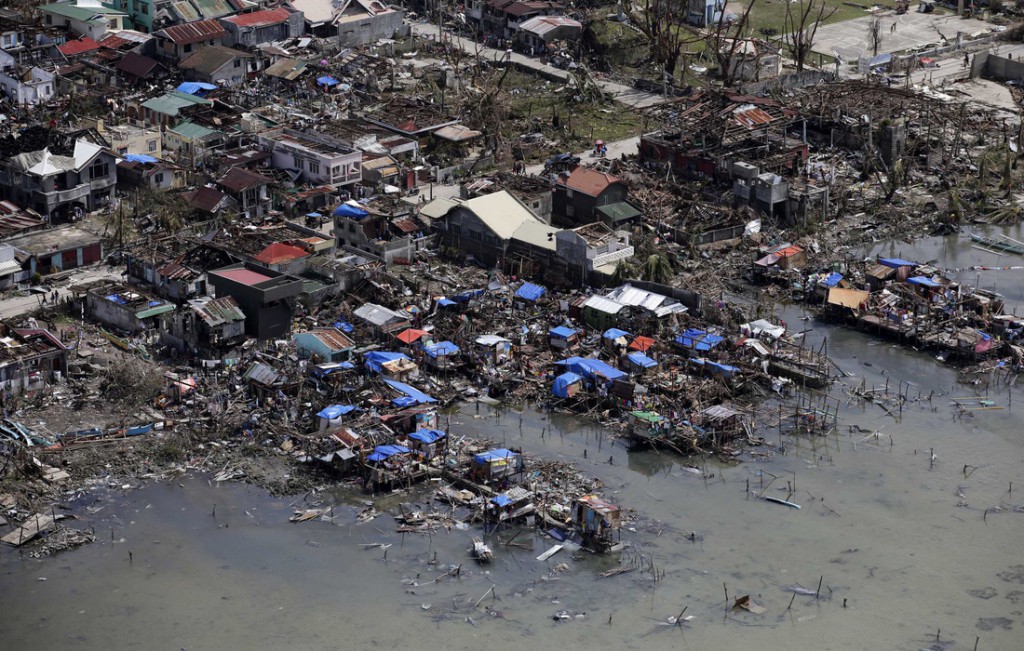 An aerial view shows the destruction of Guiuan, a town in eastern Samar province. Typhoon Haiyan slammed into the Philippines on the heels of a devastating earthquake and a storm that wiped out rice harvests worth millions of pesos in October. 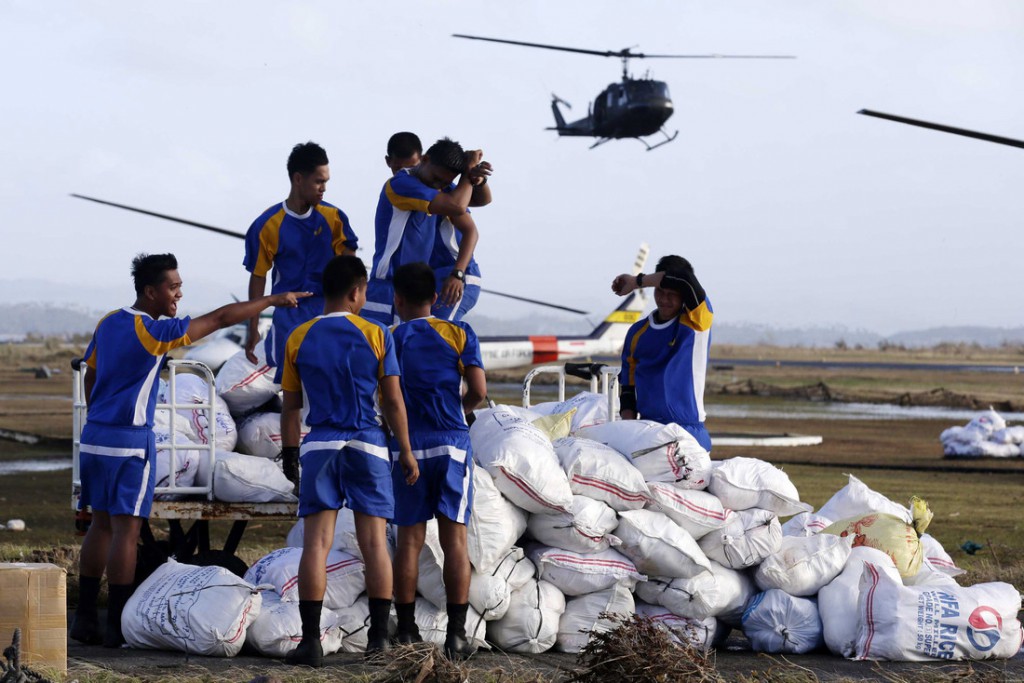 Filipino air force personnel prepare to load sacks of relief goods at the airport in the devastated city of Tacloban, in Leyte province. Current estimates are that the typhoon has affected 9.68 million people, or about two million families.

The rubble of home 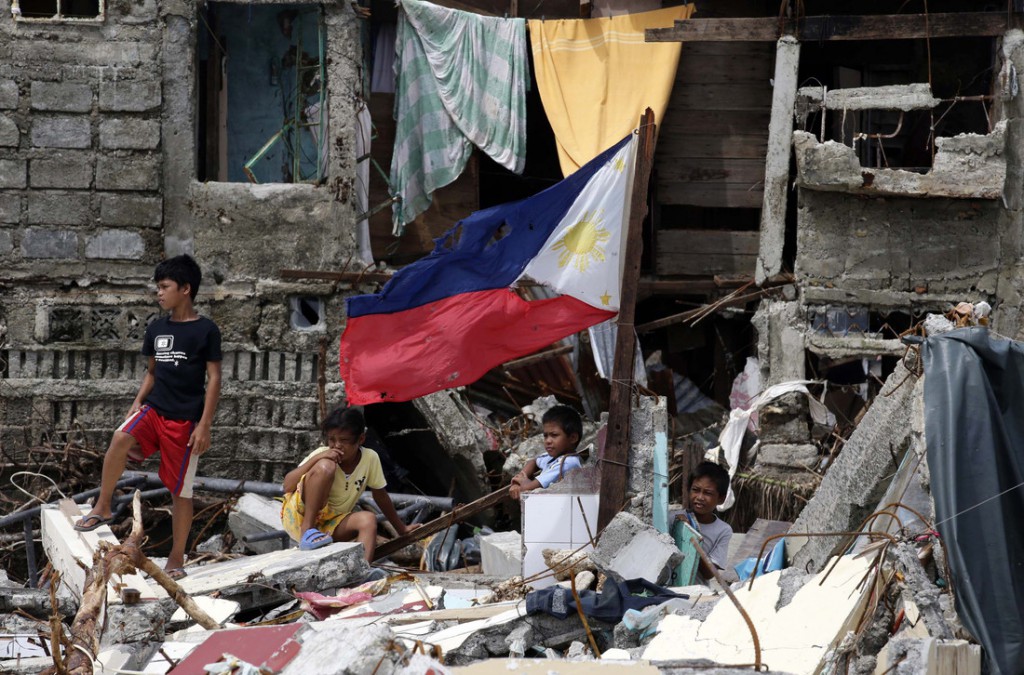 Children stand in what’s left of their community– Hernani, in eastern Samar province. “Making sure people have clean water, safe sanitation and a roof over peoples heads will be an immediate priority,” says Oxfam’s Marie Madamba-Nuñez. “These disasters compound the burden of Philippines’ poorest people. Small scale farmers and those relying on fishing to make a living will be hardest hit. Their fields and their boats and tackle will be badly damaged and they will need help not only today but in months to come.”

Birth in the wake of devastation 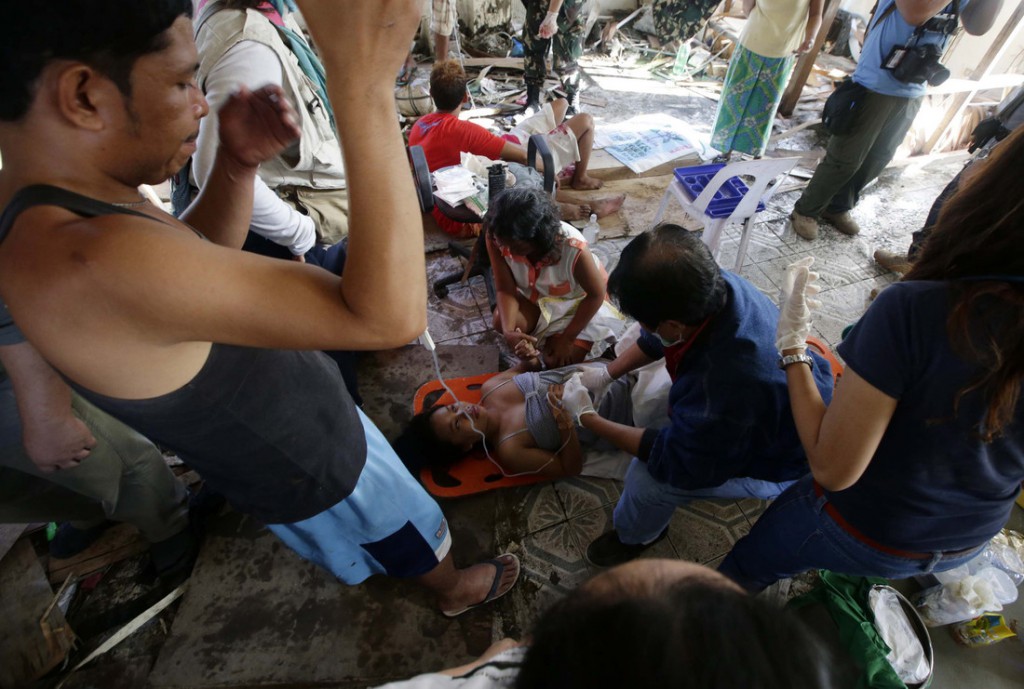 Filipino army medical doctors assist mothers in giving birth inside a damaged building in Tacloban in Leyte province. Country authorities appealed for calm after the typhoon left survivors desperate for food and water. 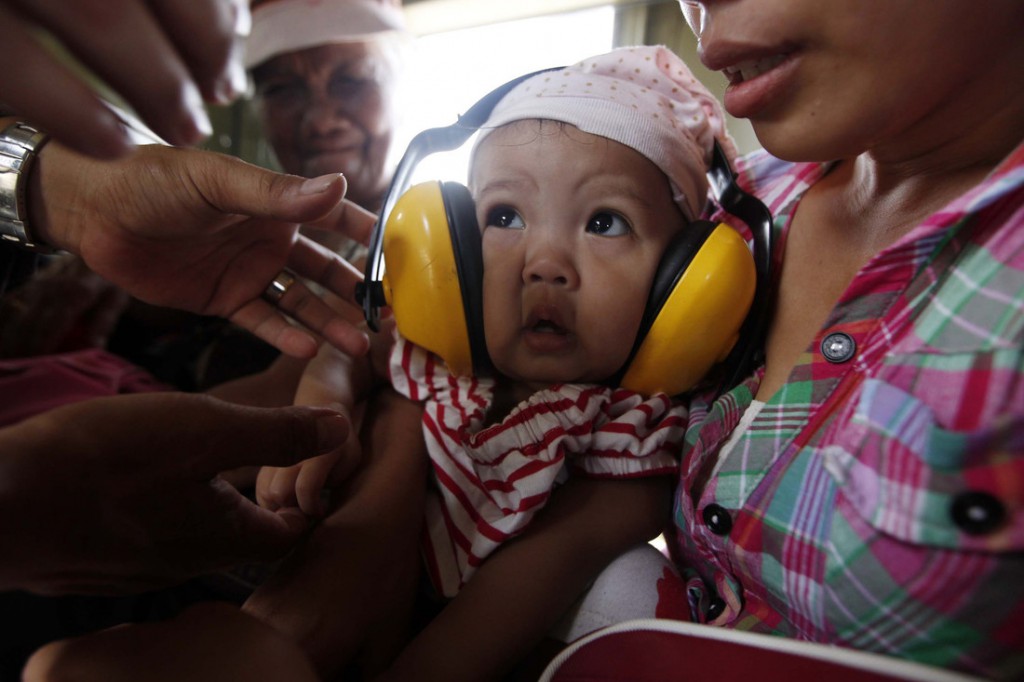 A mother cuddles her sick baby aboard a military helicopter in the devastated town of Guiuan in eastern Samar province. Oxfam has deployed rapid assessment teams to Samar, Leyte and Northern Cabu to provide emergency supplies of water, sanitation and shelter.

Donate to the Typhoon Haiyan Relief and Recovery Fund: Oxfam teams are ready to deploy water and sanitation materials to those affected. We urgently need your help to scale up our response.