Right now, President Trump is on the verge of making a decision on the number of refugees the US will resettle in 2018. With more people displaced from their homes than ever before, Oxfam and our refugee partners sought to make one message clear – that refugees deserve a welcome mat, not a closed door.

Within the four walls of the Trump family home, we created a safe space for our refugee partners to tell us about their experiences.  We heard how they escaped conflict and persecution, and restarted their lives in the United States.

Here, in their own words, are their tales of survival and reinvention. 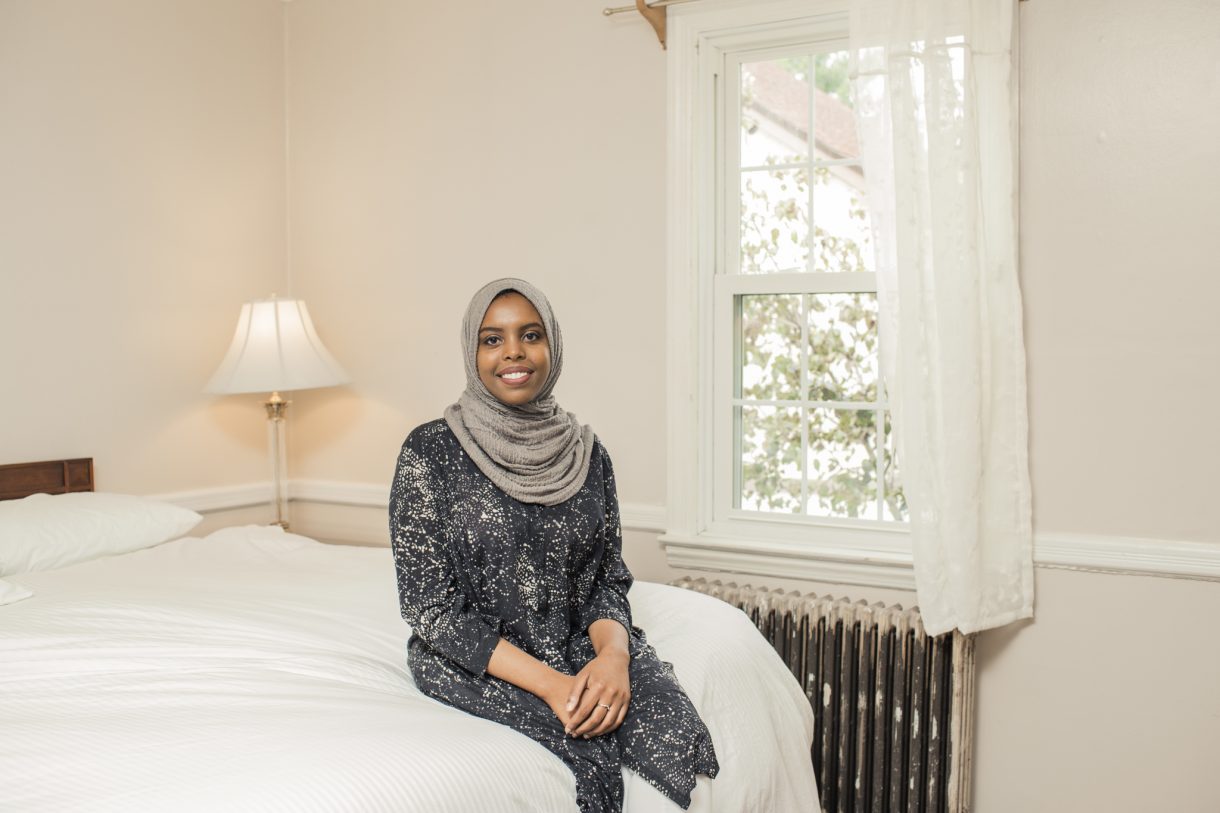 Ali was born in Yemen to parents who were escaping the Somalian Civil War. They settled in North Carolina when she was three-years-old. She recently earned a biology degree from Meredith College in Raleigh and is embarking on a career in public health research.

“It’s important to remember refugees are human beings who are parents, siblings, and children. They just want to make sure that their kids are safe and they have opportunities to accomplish their goals and dreams.” 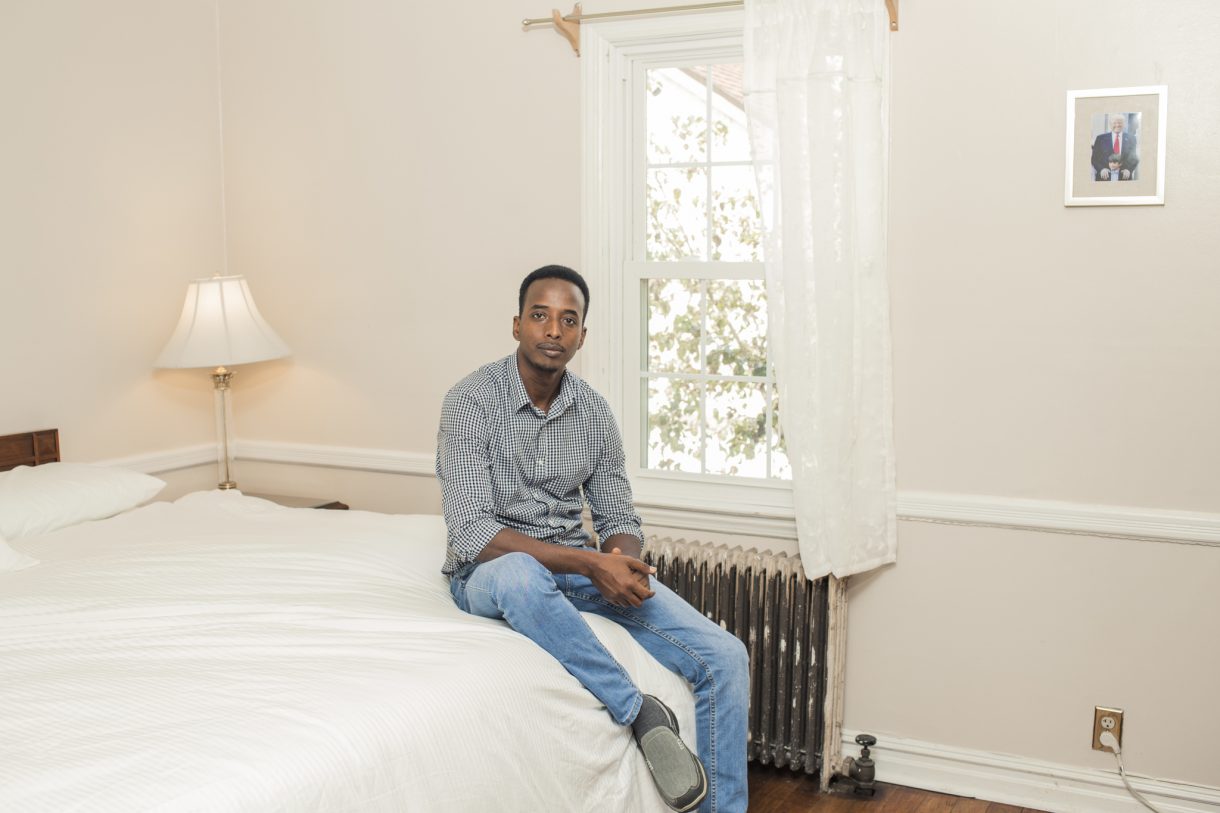 Iftin, who grew up in Mogadishu, Somalia, settled in the US in 2014. He works as an advocate, going from neighborhood to neighborhood to introduce refugees to their neighbors and help them integrate into their communities.

“There’s a stereotype that refugees are no good, that we live on welfare, but I work 12 hours a day and never receive assistance from the government. I did not come here empty-handed. I came with skills, and I came with the perseverance to fight and contribute to the American economy. I’m a tax-paying legal resident.” 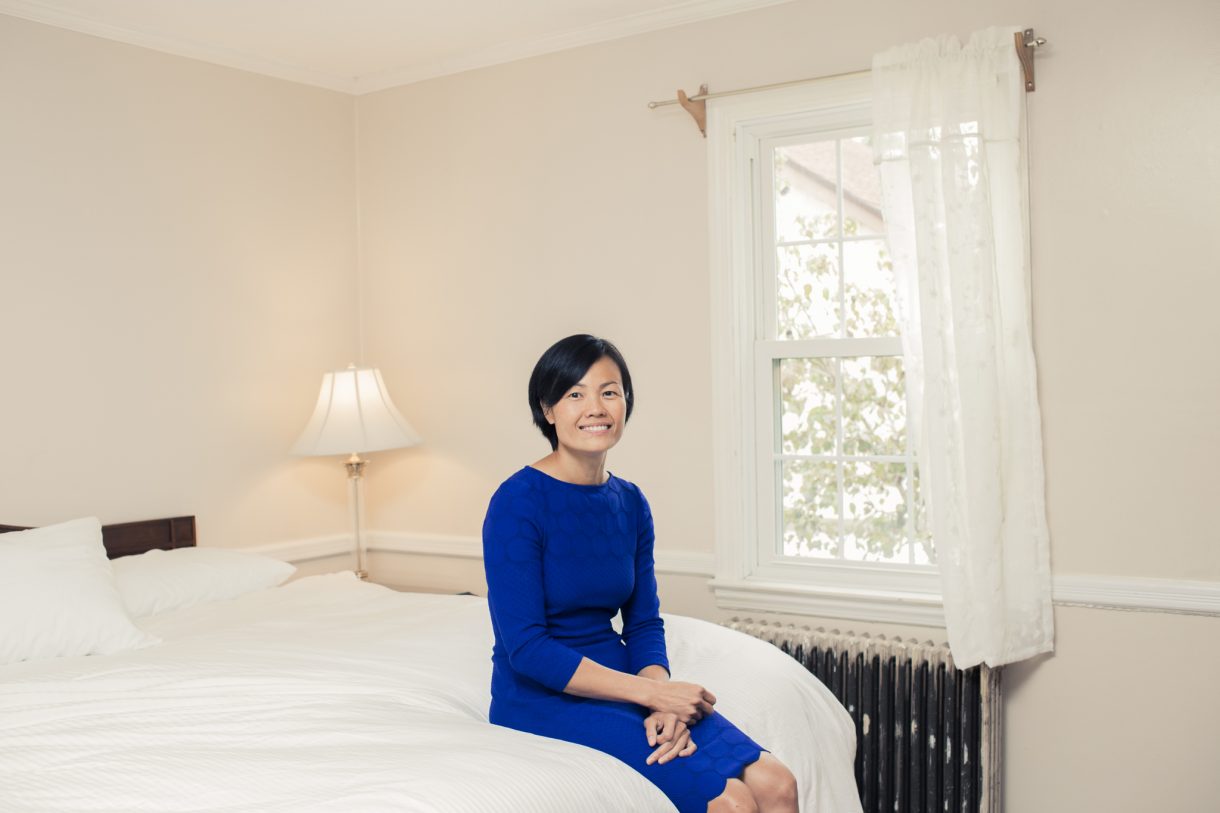 At age 10, Nguyen fled Vietnam on a small fishing boat. During the journey oversea, her younger brother, sister, and mother passed away. She and her older brother were raised by an aunt and uncle in California. Today, she is a small-business owner in Seattle who volunteers with orphan and foster children, and helps recruit and train women to run for public office.

“It crushes my heart to see so many people deprived of the American dream. What I find so amazing about America is that it’s a land of opportunity. You have to work hard and smart. But infrastructure allowed me to get where I am today, things like the Pell Grant and scholarships helped me get through school. Now I am solidly middle class. For someone like me with no network and not a dime in my pocket to have the life I have now is amazing, and I want that for other people.” 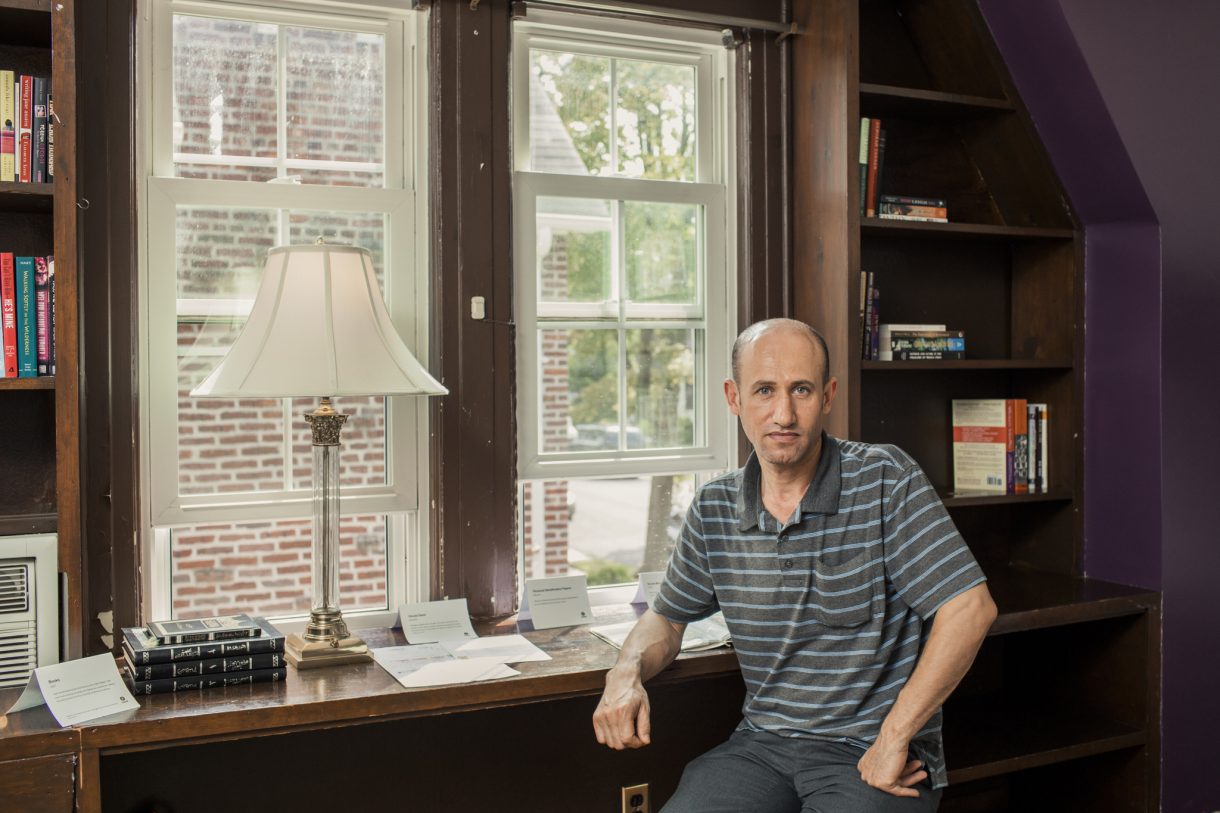 Conflict drove Shehadeh and his family to leave Damascus, Syria. They were arrested for illegally crossing into Egypt, and after pleading their case to the UN, were selected for resettlement. Today, Shehadeh lives in Maryland and restocks computers in a warehouse for a living.

“Put yourself in our shoes. No Syrians left the country due to sheer will and desire to go somewhere else. They have been forced to leave their country because of a conflict and conditions worsening for them. Give refugees a chance before passing judgment on them. You will find that refugees are kind and hard-working people who have seen a lot of heartache and pain. All we really want is safety and security.”

Send your letter to President Trump and Congress now and tell them that welcoming refugees is an American value.