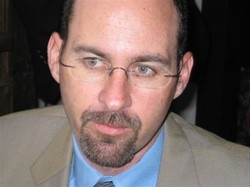 Gawain Kripke is Oxfam America’s policy director focusing on hunger and food issues. At the G8 summit he’s lobbying government officials and talking to journalists to keep the pressure on for action.

Intrigue is building on what, exactly, will be promised on hunger at the G8 summit.  For weeks the rumors have floated that President Obama wanted to make a major announcement at the G8 on the issue of hunger.  His staff said that he wanted to focus on aid to small farmers to help them grow their way out of poverty and feed themselves.  It’s exciting and very welcome coming on the news that the world faces a sad milestone in 2009: This year more than 1 billion people will face hunger. That’s more hungry people than ever in human history.

Horrible and tragic and, worst, preventable.

Last year, the UN convened a high level task force that looked at the issue.  The task force said that an additional $25 billion to $40 billion would be needed to respond to the food and hunger crisis.  It’s a lot of money, and yet it’s not so much. As a price tag to end the scourge of hunger, it’s pretty cheap.

So the question is: How much can the G8 come up with to end hunger?

Various press reports have said that an announcement is coming for $15 billion on Friday.  That would be a tremendous down payment on the total needed. Maybe a celebration is in order?

But, of course, the devil is in details. On closer inspection, perhaps the $15 billion is less than it appears. First, it’s meant to be spent over three years, not one. So, it’s more like $5 billion a year.

But then, is that $5 billion in additional money, or $5 billion total?  Turns out, it’s total spending, including existing spending.

Well, $5 billion is approximately what donors are already spending on development aid or agriculture.

So, what started as an exciting hope is ending as a bit of a deflation.  We shall see tomorrow what happens.

FLASH UPDATE:  Just heard a rumor that the G8 will commit $25 billion, not $15 billion.  That would be very good news!