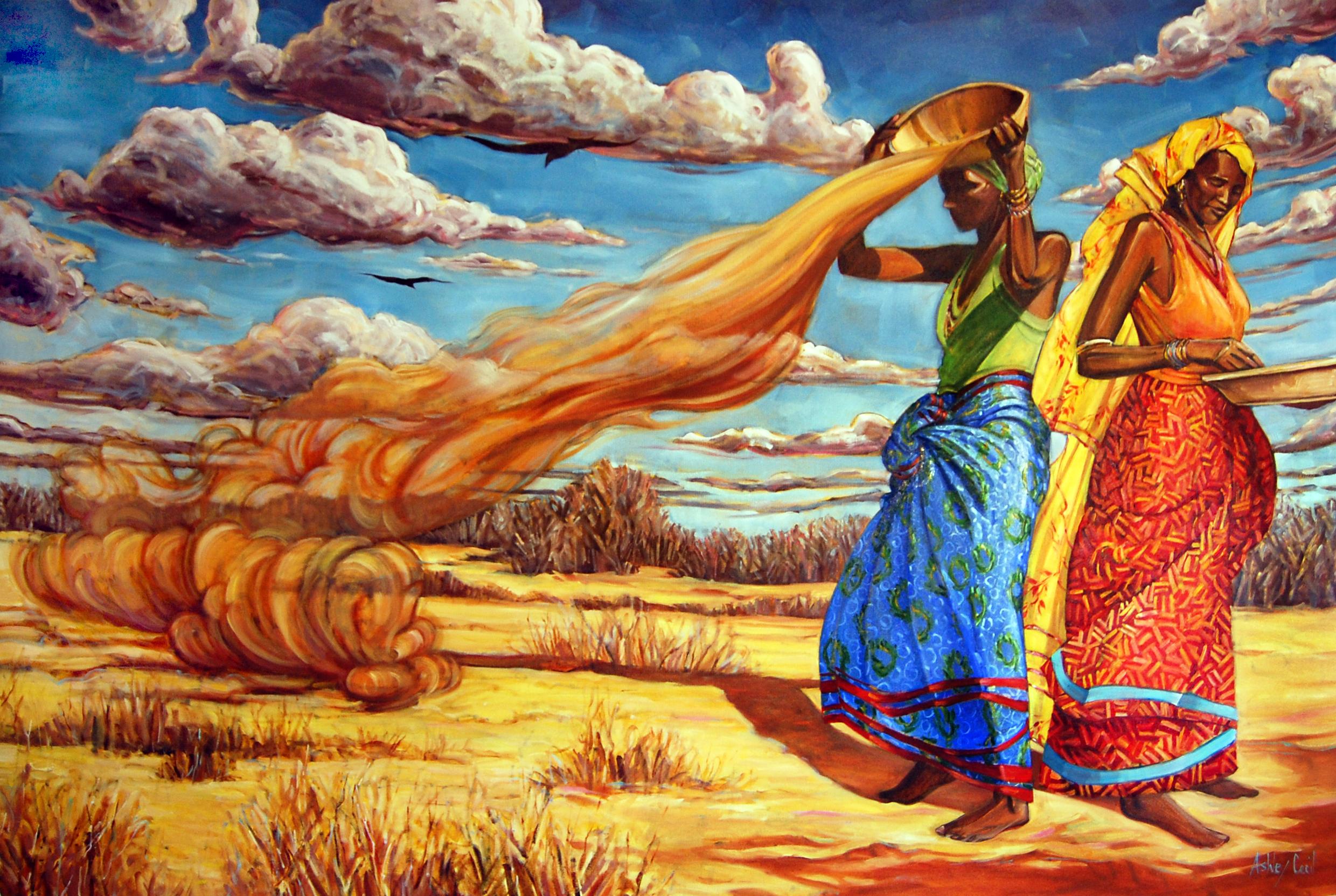 Check out this painting by Ashley Cecil, which was commissioned by Oxfam for a global project using art to show the connection between climate change and poverty. Ashley’s gigantic canvas (it’s four feet by six) will join others from around the world at the next big UN meeting on climate change, which happens this December in Poznan, Poland.

“Farming is hard these days because of changing temperatures, but it’s often the sole survival for people in rural areas,” says Ashley. “I wanted to show that the women are not harvesting crops the way they had hoped. They’re holding a bowl of dust, because this is what they’re left with…  In other words, what we’d expect to see is not there.”