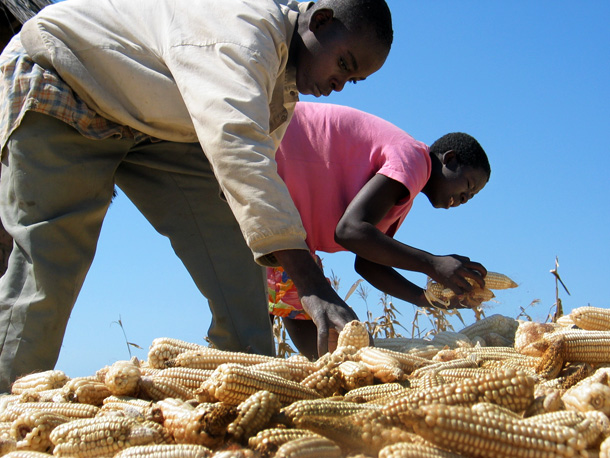 Following the political news in Africa is hard from a distance, but if you are like me and you need to keep up on what is happening on this vast, diverse, and fascinating continent there are a few good resources for news. One is allafrica.com, a site that aggregates news and commentary from African newspapers and other sources, so you can get news on Africa by Africans.

The allafrica.com site has been particularly useful the past few weeks as South Africa’s African National Congress, the party of Nelson Mandela, asked President Thabo Mbeki to step down from office because he had allegedly meddled in a corruption investigation of his political rival Jacob Zuma. (Zuma figured into an article I wrote about the HIV/AIDS crisis and women’s rights in South Africa two years ago.)

Zuma is maneuvering to become the next president, and ousting Mbeki seemed at first to strengthen his position, until some members of Mbeki’s cabinet resigned (including a well-regarded finance minister), sending the stock market down and raising a lot of questions about the political stability of Africa’s largest economy. (Many of the cabinet members later said they resigned out of courtesy, but would be willing to continue their work.) Archbishop Desmond Tutu has spoken out critically about the ANC’s internal coup, and said such methods threaten to turn South Africa into a “banana republic.” He is probably not the only one concerned about changes in the conduct of politics in this important country.

Another useful resource is the UN’s Integrated Regional Information Network (IRIN), which has a distinctively humanitarian focus since it is run by UN’s OCHA (Office for the Coordination of Humanitarian Affairs). This week I checked out two stories related to the political scene in southern Africa about Zimbabwe, which recently concluded a power-sharing deal between the ZANU-PF party led by President Robert Mugabe and the leader of the Movement for Democratic Change, Morgan Tsvangirai. This deal was just recently brokered by Thabo Mbeki, incidentally, and opens the door for humanitarian organizations to restart their badly needed programs to help the country improve its food supply in a precarious economy.

One IRIN story describes research by the University of the Western Cape in South Africa showing that small-scale agriculture is essential to improve the supply of food for poor people in the country,  which supports Oxfam’s approach to the food crisis in Zimbabwe and many other places. (I visited some small-scale farmers in the Zimbabwe’s northeast district of Mudzi in 2006 .) The IRIN report also says the research indicates that the fast-track land reform program in Zimbabwe has not been the total failure its critics have alleged, at least in Masvingo province where the study was focused. I’d be interested in hearing a critique of this finding!

The other story about Zimbabwe that IRIN sent out the same day said that five children died in Masvingo province from severe malnutrition-related illnesses. These were just five of the 3.8 million people in the country who will require food aid in the next month, which makes it imperative that humanitarian organizations be allowed to get back to work immediately.