Growing up, politics was always a big part of my life. Each family gathering usually devolved into a shouting match over US politics and problems back home in Sri Lanka. As a kid, I used to sit quietly and watch the tennis match between my relatives. I didn’t understand all the drama. Why all the shouting? But in recent months, as my own interest in the US presidential election has grown (alright, it’s an obsession at this point), I’ve found myself right there at the center of the debate, throwing out poll data and political analysis like a network pundit.

This, I believe, is the legacy of a family of immigrants. My parents have spent half their lives in a developing country; the other half in the richest country on the globe. On one hand, they see how a new president could affect their daily lives. On the other, they see the potential to influence events around the world.

My colleagues in our regional offices have noted the same interest in our election over the past several weeks. While a lot may be at stake for Americans, a new administration could signal big changes abroad. Here’s what they’re seeing in South Africa and Ethiopia. 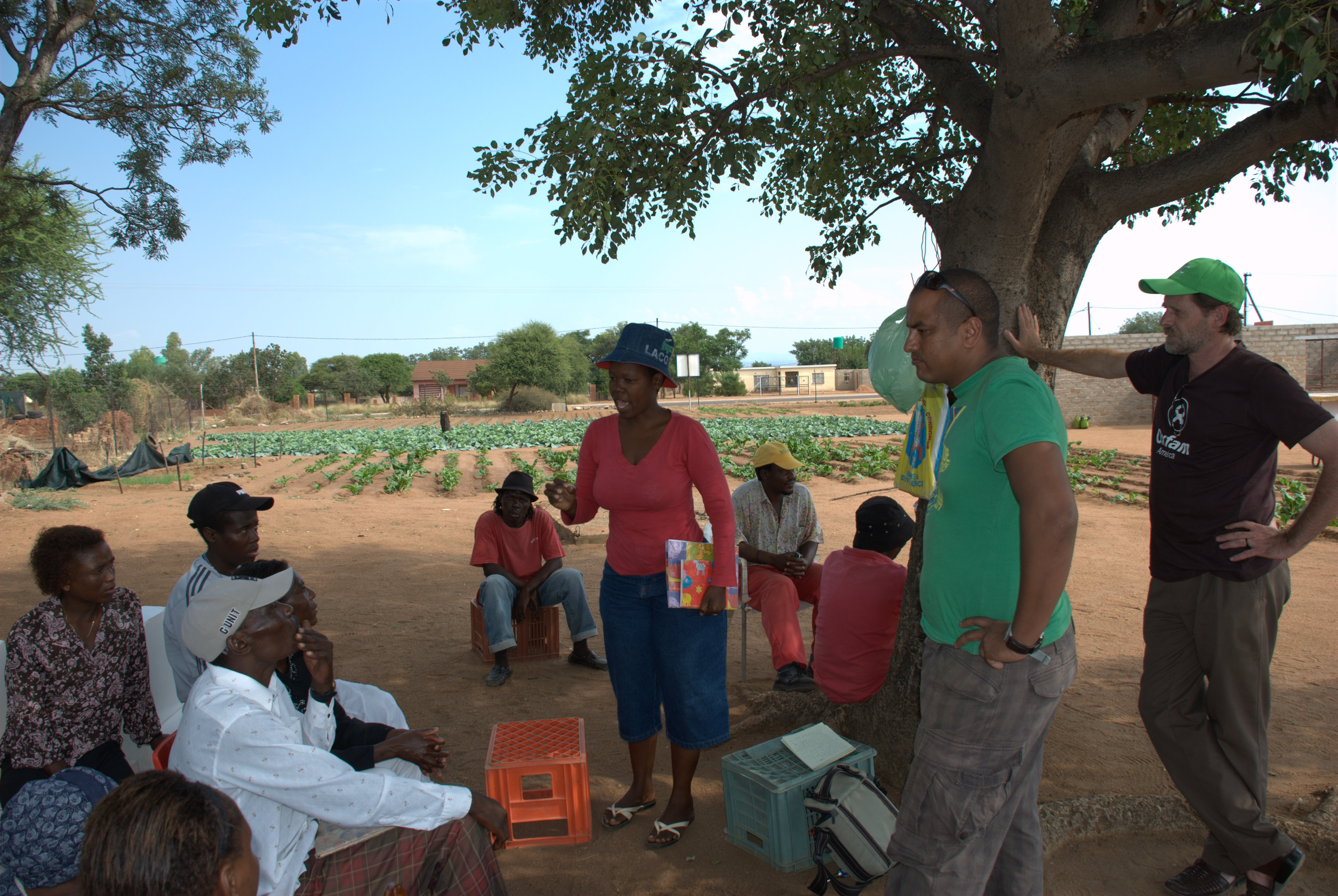 Charles Scott (right) meets with a group of people living with HIV and AIDS at a community service organization in the North West province of South Africa. Many in Africa are hoping the next US president will continue to support foreign aid programs that address the HIV and AIDS crisis on the continent. Photo by Chris Hufstader/Oxfam America.

Charles Scott, Regional Communications Officer, South Africa: The US Presidential election has received ongoing coverage in the South African media, with daily reports in the newspapers and on radio and television. Interest is high as the leading candidate has family links to Africa and seems set to make history as the first African-American US president. One aspect that resonates with the region are reports of attempts to disenfranchise marginal groups from the vote by removing them from voter rolls and other strategies to prevent people from voting – tactics more familiar to elections in our part of the world. People here hope the new president will have greater concern and support for the development challenges in Africa.

Selome Kebede, Regional Communications Officer, Ethiopia: The 2008 American election has drawn much interest across the globe, including Ethiopia where the current humanitarian need and economic distress are taking precedence over other issues. The question of who will truly bring the much needed change is still debatable for most. Because of the current Ethio-America relations and the continuous support the country has been getting over the last few years, there are some, including the government, who strongly believe a change in administration will not be beneficial for the country. On the other hand others are very excited about new possibilities and hope for a drastic change in US foreign policy leading to constructive support to developing countries. In spite of their different political leanings, there is a shared sense of pride of Obama’s African heritage and the level of success he was able to achieve. This is reflected through thousands of Obama posters plastered everywhere in the country – a poster with an Ethiopian word “Yichalal” which means “Anything is possible!” — a slogan attached to Ethiopia’s famous runner Haile G. Sellasie.