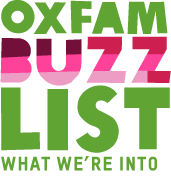 In western Ethiopia, where my in-laws live, the iPhone is the hottest new accessory. Because few people have access to a network that would allow them to go online, most treat the smartphone simply as a phone—while still appreciating its usefulness as a handy, easy-to-grab camera.

I thought of those rural iPhones this week when I read Glenna Gordon’s excellent Guernica magazine article, “The Hipstamatic Revolution.”  Gordon profiles Peter DiCampo’s Everyday Africa project, a Tumblr blog featuring iPhone images from photographers all over Africa (including Holly Pickett, who recently took some stunning photos for Oxfam in Senegal).

Though some claim that shooting with an iPhone trivializes the subject matter, Gordon argues that these spontaneous photos are revolutionary in their very ordinariness, presenting neither stereotypically negative nor idealized positive scenes of Africans’ daily lives. And because the photographers use popular retro-cool filters like Instagram and Hipstamatic, the images convey a nostalgic quality recognizable to anyone with a smartphone of their own.

“Using the iPhone to photograph Africa takes the political act of representing a place whose ‘otherness’ usually allows it to be a repository for our stereotyped narratives,” Gordon writes, “and instead renders them in the same color palette as yesterday’s summer afternoon BBQ.”

You can see that quality in these 2011 photos by former Oxfam staffer Liz Lucas, who used a Hipstamatic filter to photograph women using fuel-efficient stoves in Darfur, Sudan. Though they were taken in a camp for displaced people, Liz’s shots don’t convey sadness or conflict; instead, you see the small, familiar details, like the movement of a woman’s arm or a curl of smoke drifting through the sunlight.

So if this is the Hipstamatic revolution in Africa, I’m all for it. And with camera-phones in more and more people’s hands, I hope we’ll keep encountering these everyday images from all corners of the continent.