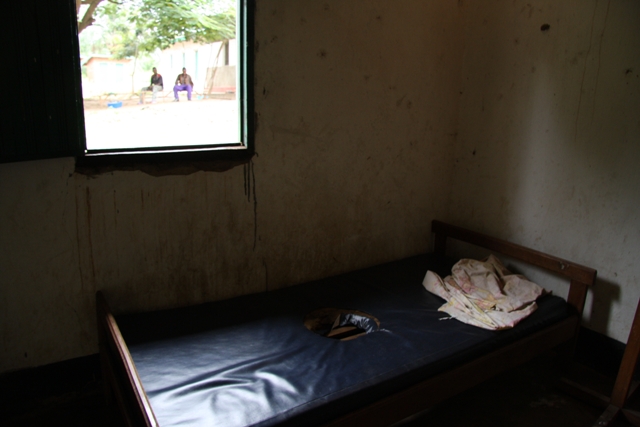 I read with some alarm yesterday that the UN is warning about cases of cholera that have begun to appear among people displaced by the recent escalation of violence in the Democratic Republic of Congo. On a field visit last March to the eastern provinces of the country, I got a hint of how bad that disease can be–especially in a place where many people don’t have access to clean water or adequate health services.

For the Congolese, cholera is a frequent agent of misery, and not just during times of active conflict. It’s a waterborne disease that causes acute diarrhea and can lead to dehydration. Cholera kills if it’s not diagnosed and treated promptly.

In South Kivu, we visited one rural health clinic, which treats as many as 20 people a week during cholera outbreaks. But it was hardly equipped to manage that onslaught: the clinic didn’t always have running water and those stricken with the disease had to lug their own bedding with them and spread it on the floor. They would be crowded–and quarantined–in a small, crumbling building. You can read about it here. The picture above, by Liz Lucas, shows one of the clinic’s three cholera beds, equipped with a hole in the mattress beneath which a bucket could be placed.

For want of simple medicines and basic care, many people in Congo die each year. And conflict is at the heart of it–making investments in roads and medical facilities impossible while leaving poor people malnourished and sick. Earlier this year, the International Rescue Committee estimated that since 1998 conflict–and the hardship it brings–had cost 5.4 million people their lives. To get a sense of what that really means, check out Marcus Bleasdale’s sobering video, “Rape of a Nation.” Maybe our collective outrage will help keep Congo in the public eye long enough to help it heal its deep wounds.