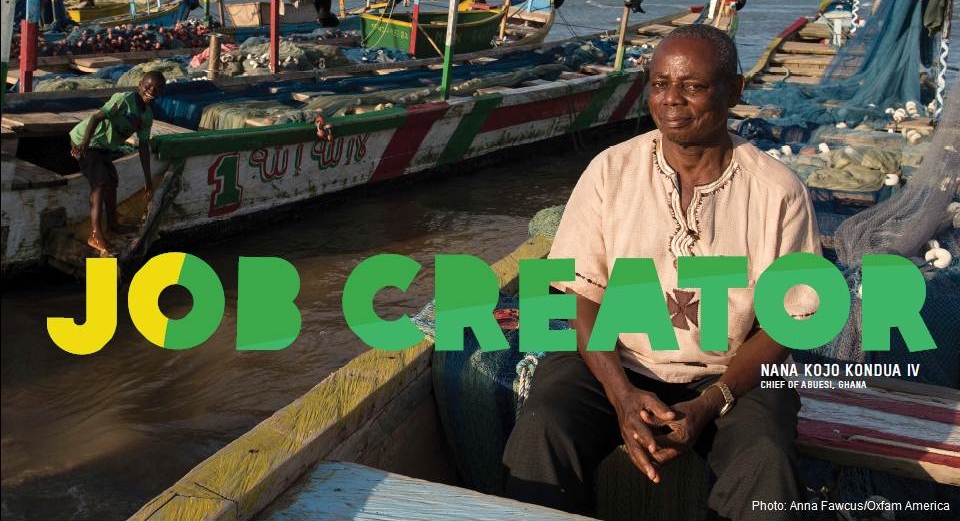 Who are the real drivers of progress in the developing world?

I can tell you one thing—it’s not us.

But most international development organizations will not tell you that. Some will portray those they are trying to help by victimizing them, i.e. “look at these poor, suffering, devastated people.” Others will romanticize the poor, i.e. “despite having nothing, they are so happy” or “an entrepreneurial spirit is what keeps the poor alive.”

These reductionist perspectives may momentarily make us feel something, but without enabling the empathic concern to take the next step, they easily can do more harm than good. Many of my fellow aid bloggers have written over the years about the stark contrast between what their organizations have in their marketing campaigns and the complex reality of programs on the ground.

Aid need not be seen as the solution, but rather as one of many tools for those at the forefront of change to use. So we asked here on Oxfam America’s Aid Effectiveness and Creative teams, what would our depiction of effective aid look like then?

This week we embark on an effort to show what we mean to policy makers in Washington D.C. In DC’s airports, metro stations and publications, ads superimpose DC-insider buzzwords such as “job creator” and “beltway outsider” with decidedly non-DC imagery—people surrounded by fishing boats in Ghana, a plant nursery in Tanzania, a roadway in Malawi. 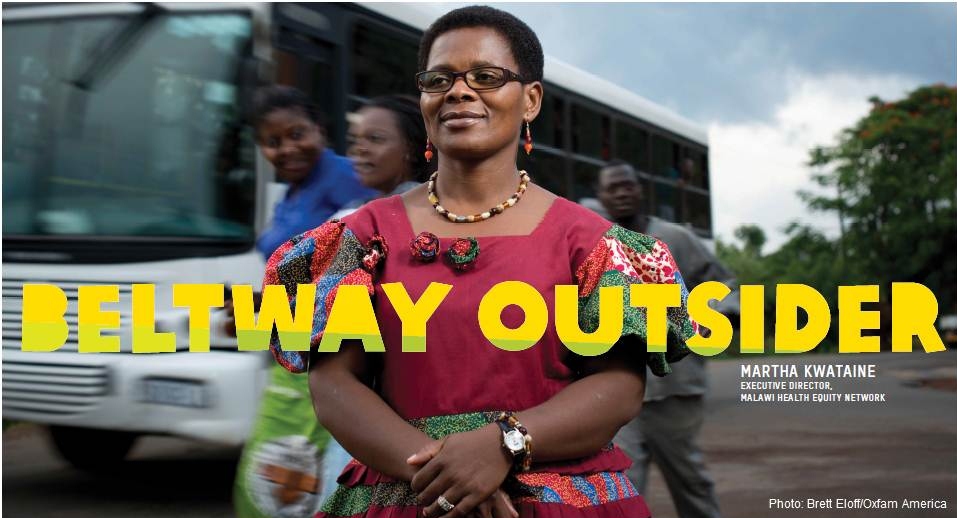 By showcasing community leaders and advocates in developing countries who have leveraged US foreign aid investments in their work, we tried to create ads that would have dramatic effects. But more importantly, we also aim to send an important message. The ads aim to highlight the measurable impact that can be achieved when the US partners with local leaders, changemakers, and champions who are engaged in fighting poverty and injustice in their own countries.

The ads feature Emiliana Aligaesha, a farmer in Tanzania, Manuel Dominguez, the mayor of a Peruvian town, Martha Kwataine, a health access activist in Malawi, and Nana Kojo Kondua IV, chief of a Ghanaian fishing town—all people who are turning small aid investments to create a sound future for their nations and their communities. They are not just nameless faces, but people we respect on the Aid Effectiveness team, and people who have all agreed to be a part of the ads and helped shape it.

“We’ve forced [a] logic of passivity deep into our basic story…We need to put the people and decisions that create poverty at the heart of our narratives,” said Martin Kirk, writing for development professionals in the Guardian UK at the end of last year.

This is what we have attempted to do. Here at Oxfam we believe that when aid dollars enable folks like these four people to obtain the resources they’ve identified as necessary for success, the ownership, collaboration, and mutual respect described by so many as necessary for sustainable change, becomes possible. And that can only happen if poverty-focused foreign aid is protected in the US Congress.

“People like Martha, Emiliana, Manuel and Kojo are having dramatic impacts in their communities with the US as their partner. What they lack are the well-heeled lobbyists to fight for their interests in the ongoing budget battle,” said Gregory E. Adams, head of Oxfam America’s aid effectiveness team, in our press release.

Few Americans would disagree that our aim in foreign assistance must be to help people help themselves.  This means handing over the control of resources and allowing those on the receiving end to make the decisions on how those resources are utilized. The four people in Oxfam’s ads demonstrate that this can work.

Paul Bomani, Tanzanian Ambassador to the US, urging the US government to act on South African apartheid in 1978, said “The notion that Africans are incapable of determining for themselves what is good for them is not only silly, but smacks of the old colonial paternalistic…And we resent it.”

Aid and our portrayal of it must never be an injustice to the enormous amount of creative problem-solving skills that individuals and local groups in the developing world employ. Thus we tried to create ads that those on the receiving end of aid would not resent, but that would also send a striking message to policymakers and the US general public.

Seems when the actual change-agents are the protagonists at the center, this may not be so hard after all.

If US policymakers see local capacity in existence, will they be more willing to invest in it? Only time will tell. But you can tell us if we succeeded in our aim of portraying local leaders with dignity and agency. Take a look at the ads, read the stories, and tell us what you think.

Note: Oxfam America does not take US federal funds, but we do support effective development programs.