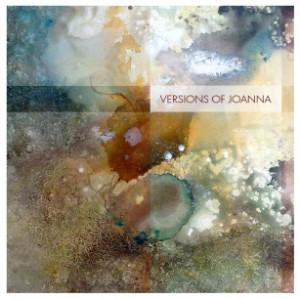 Last week I wrote about the excellent Radiohead for Haiti DVD, but that’s not the only music project in support of Oxfam going on right now.  I also encourage you to check out Versions Of Joanna, an album of cover versions of songs by indie icon and singer-songwriter-harpist Joanna Newsom.

Versions Of Joanna is the brainchild of Peter Ferioli, curator of the video-aggregating site Joanna Newsom TV.  In the course of searching for videos to populate that website, Ferioli realized that other artists had performed an incredibly diverse selection of cover versions of Newsom’s music, and it might be a great idea to put together an album of these tracks for other Newsom fans to enjoy.

Ferioli soon found that the artists involved were more than happy to give permission for their versions to be included in the project, but in order to make the album fully legitimate, he decided to seek the blessing of Joanna Newsom herself.

“I contacted Joanna’s label, Drag City, to see about getting her permission to release this collection of songs widely.  After checking with her, the label told me that she’d be willing to give her OK, as long as the project was configured to directly benefit Oxfam America’s relief and recovery work related to the terrible floods in Pakistan,” explains Ferioli.  “Together with Oxfam, I designed a way for music fans to donate directly to the Pakistan fund, making sure every cent went toward toward the cause, and receive this excellent package of music at the same time. Making sure there were no middlemen involved was very important to Joanna.”

Most of the 21 artists (from six countries!) went into the studio to record new takes of their covers specifically for the project, and the resulting album is chock full of terrific music, featuring many names music fans will recognize (including M. Ward, Ben Sollee, Billy Bragg, and Owen Pallett), and remarkable performances by artists you’ve yet to hear of. Great music for a great reason: What’s not to like about that?  For more information on how to donate and download, please go to www.versionsofjoanna.com.

And speaking of Ben Sollee and Billy Bragg: Last month Sollee and Bragg spent a few weeks in snowy England touring together. If you are a fan of Ben’s, you have probably seen the cello case adorned with Oxfam imagery that he’s been known to set up on stage during performances.  On an afternoon between shows, Ben, Billy, and their cohort Daniel Martin Moore took the seemingly indestructible case out on a slippery hill at King Arthur’s Round Table, a neolithic monument in Cumbria, and invented a new sport called Cello Bobbing. Just for fun, here’s what that historic day looked like: