If you’ve ever planted a vegetable garden, weeded a field, or just spent a day picking berries at a local farm, you know the equation: to grow food, you need land. No matter where we live, we rely on the soil itself for fresh, healthy local crops.

But right now the farmland that sustains millions of families is at risk. According to American Farmland Trust—creators of the “No farms, no food” slogan—the US is losing an acre of farmland every minute. (I’ve seen this happen in my own hometown, where developers turned a family-owned apple orchard into a condo complex.)

In developing countries, the rush for land is even more intense. In the past decade, nearly 800 large-scale land deals have been recorded, covering more than 81 million acres. Although these large-scale land deals are often being struck to grow food, the crops grown on the land rarely feed nearby communities. Instead, the land is used to grow profitable crops, often for export.

2. Families are being kicked out of their homes.

Imagine waking up one day to be told you’re about to be evicted from your home. That you no longer have the right to remain on land that you’ve lived on for years. And then, if you refuse to leave, being forcibly removed. How would you feel? What would you do to fight back?

For many in developing countries, this is a familiar story. They’re among the communities worldwide affected by land grabs: land deals that happen without the free, prior, and informed consent of communities and that often result in farmers being forced from their homes and families left hungry.

For example, in the Sre Ambel district of Cambodia, 200 families are fighting for land from which they were evicted in 2006 to make way for a sugar plantation. The families say their lives have been devastated because they no longer have anywhere to grow crops or graze their livestock.  Their experience isn’t unique: Oxfam’s research into land rights and conflicts has identified similar cases in South America, Africa, and beyond.

3. Our global sugar rush is adding to the problem.

Okay, let’s just admit it: Americans love sugar. And we’re not alone. Global demand for sugar is set to rise by 25 percent by 2020.

Unfortunately, our sugar cravings are harming more than our health. As global demand for sweets increases, so does the rush for land to grow sugarcane. As a result, many small farmers are being kicked off their land—losing their homes, their food, and their income in the process—to make way for giant sugar plantations. 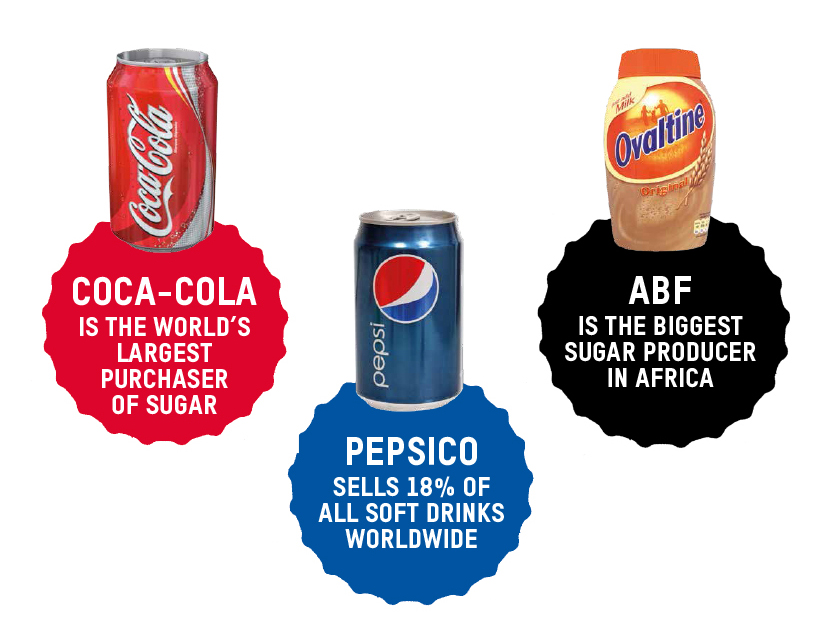 Three big companies—Coca-Cola, PepsiCo, and Associated British Foods (ABF)—buy and produce huge amounts of sugar around the world, and hold significant influence over the industry. Right now, though, these companies don’t disclose where or from whom they get their sugar, and they don’t have sufficient policies ensuring that their own operations and the middlemen they buy from respect land rights. “The whole supply chain is completely opaque,” Oxfam’s Chris Jochnick told The New York Times.

So what needs to change? For starters, all three companies should make sure that their sugar doesn’t lead to land grabs, and ensure that their suppliers respect land rights worldwide. Learn more about specific steps that Coca-Cola, PepsiCo, and ABF can take to help.

5. You and I can help stop land grabs.

As those of you who joined Oxfam’s campaign in support of women cocoa farmers know, no company is too big to listen to its customers. After all, we’re the ones who buy their products. By speaking up, and showing Coca-Cola, PepsiCo, and ABF that respect for land rights matters to us, we can change the way they do business.

So use your power as a consumer to support farmers’ land rights. Make your voice heard by signing this petition, and then help us spread the word.