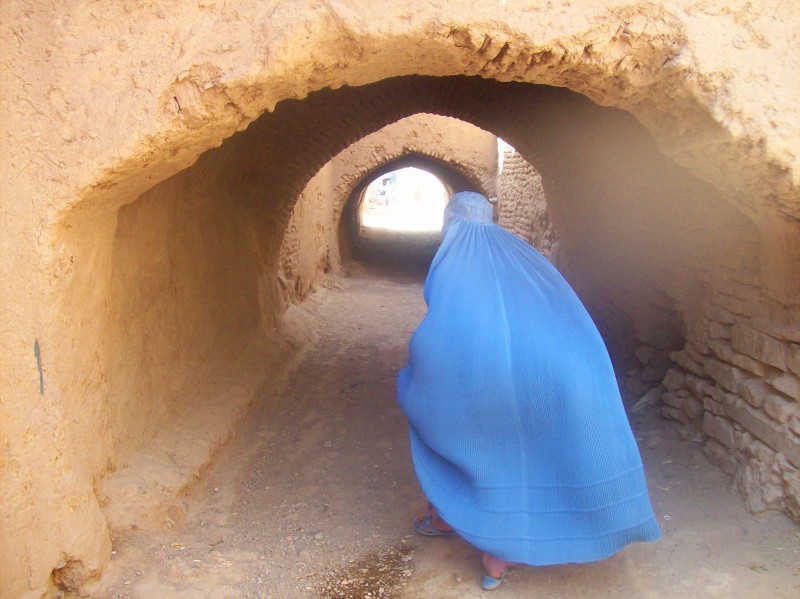 Equipped with cameras and a quick lesson on how to use them, 20 Afghan women and their children fanned out to record their lives last year in a project sponsored by Oxfam and its partner, the Agency Coordinating Body for Afghan Relief. The images they captured—and the words they used to describe them—are filling my mind now as I read about a high-level  meeting on the future of Afghanistan that’s set to take place tomorrow in The Hague.

The pictures were assembled into an exhibit called Unheard Voices. One of those voices belongs to a woman named Khadija, a widow with five children. She supports them by selling pistachios and collecting plastic to burn as fuel. One of the photos she took is above. And this is the caption she wrote beneath it: “I look at this photograph and see another woman in our community who has no education. I think that education must be offered—for children and for grown women—to help free them from their cages.”

Ministers from 80 countries and UN Secretary-General Ban Ki Moon will all be at tomorrow’s meeting, weighing in on the fate of this impoverished, war-ravaged nation. In Afghanistan, the literacy rate among women aged 15 and older is 12.6 percent—that’s according to the UN’s most recent human development report which used figures from 2005. What it means is that nearly 87 percent of Afghanistan’s women can’t read. Think about what that would be like—the burden of illiteracy and the lifelong dependency it would saddle you with, the suffocation you would feel.

I’m hoping that when all those ministers gather tomorrow—and US Secretary of State Hillary Clinton will be among them—they’ll listen to the echoes reverberating still from the photos the women and children took.