As an American and a refugee myself, I hope that my adopted country–a nation built by refugees and immigrants–steps up to address the crisis.

Laura Rusu is the policy and campaigns media manager at Oxfam America. She lives in Washington, DC.

As I write this, my almost two-year-old and almost four-year-old are sleeping soundly in their beds upstairs. They are snuggled up with their stuffed animals and soft, furry blankets, in a state of “cozy comfy” as my son says.

These last few days, I have hugged them tighter and more frequently, as if somehow that could erase from my mind that tragic photo of three-year-old Syrian refugee Aylan Kurdi. His little body with his face in the sand. His little sneakers, lovingly laced up by one of his parents, or perhaps by his 5-year-old brother who also perished with him in those treacherous waters. His blue shorts and red shirt, the outfit his mother undoubtedly chosen with so much fear of the dangerous trek ahead of them.

That fear is not something you forget very easily. As a mother, and as someone who has had to flee a country as a child, it’s been hard for me not to break down into tears. And it’s impossible for me not to think of my own lucky journey through Europe and eventually, to America.

As I shared in a previous blog, my parents and I fled Communist Romania in 1985, when I was 10 years old. We packed up the car with only the things we would need for a summer holiday in Europe, not all the things we would need in order to start a new life in another country. Having a wool blanket or a winter jacket would only tip-off the border guards that we were planning on staying longer than a few weeks in August, and that would mean a forced return to Romania and jail-time – or worse.

Reaching each country border in our trek meant we had to put our poker faces on: “Just for a few weeks! We are very excited for our daughter to see the Eiffel Tower,” my father would say.  “We are teachers and have to be back for the first day of school!” But I will never forget the fear that I heard in my father’s voice, the fear that both of my parents attempted to conceal not only from the guards, but also from me, at each border crossing. And there were quite a few, each one getting us closer to Western Europe, safety, and freedom.

First it was Hungary, then Czechoslovakia. Then Austria, which was nothing short of euphoric, as we had made it into Western Europe, continuing through Germany onto France. Eventually, we made it to the United States, but decades later, I still get nervous at international borders, even with my blue American passport in hand. It’s the kind of fear that is not easy to shake off, even after so many years.

But I also remember the kindness of strangers. As we applied for asylum in France, we were immediately connected to a community to help us start our new life. People who wanted to make sure that as summer turned into fall, I had a little blanket to keep me warm at night, and a jacket for the winter. And a stuffed animal to cling tightly to when I was scared or lonely.

I want to believe, as the media has been reporting, that the tide is changing. My tears of sorrow are now changing to tears of joy, as I am moved by images of communities welcoming refugees. Rallies of support are happening around Europe and the world, and locals are heading to train stations with candies, water bottles, and stuffed animals for the kids.

Perhaps, there is hope in our joint humanity. Perhaps, the photo that has become the devastating symbol of the worst refugee crisis since World War II has made a difference after all.

Four million Syrians have left their homes because of the conflict, with many of them now living in refugee camps in Jordan and Lebanon. My Oxfam colleagues have worked tirelessly to provide nearly half a million refugees in these camps with clean drinking water, cash, and relief supplies, such as blankets. But humanitarian assistance has been cut and supplies have dwindled. The UN has estimated that more than $8 billion is needed to assist the 18 million Syrians in need, but less than one quarter of this funding has been received. The US government has been the largest donor, providing more than $4 billion and promising an additional $41 million.

But as an American and a refugee myself, I hope that my adopted country–a nation built by refugees and immigrants–steps up by taking its share of Syrian refugees. The US has only taken in about 1,500 Syrian refugees to date; we must welcome many more with open arms.

Ultimately, however, the massive and crucial aid effort needed is a response, not a solution. With options running out for refugees, as well as the resources of their generous hosts, what the people of Syria need urgently is an end to this conflict.

More than 4 million refugees from Syria can’t go home. Without adequate food, clothes, and shelter, families are struggling. You can help. 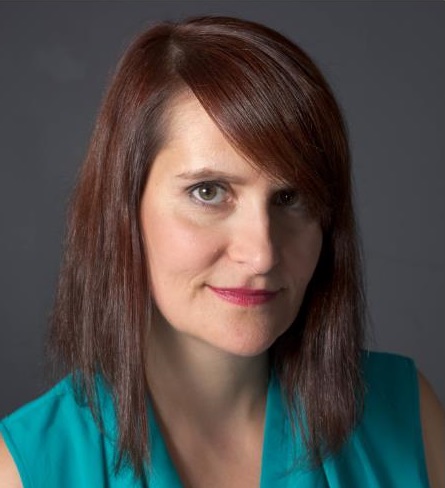 Laura Rusu is the policy and campaigns media manager at Oxfam America. She lives in Washington, DC.

More than 4 million refugees from Syria can't go home. Without adequate food, clothes, and shelter, families are struggling. You can help.