With thousands of people dying of Ebola simply because of where they were born, the inequality of poverty has never seemed starker than it does right now.

I was born with 10 fingers, 10 toes, and a couple of angry red blisters on my heels. Within a few days, doctors at Boston Children’s Hospital informed my (brave, strong, amazing) parents that their firstborn had a rare skin disorder called Epidermolysis Bullosa.

EB, as it’s called, is a genetic disease that roughly 30,000 people here in the US – for me, it means a lot of bad cuts and blisters. For others, it’s much, much worse.

I’ll be the first to tell you: it’s not fair. If you had asked me 15 years ago, my 11-year-old self would have cried about how unfair it was that none of my friends or siblings had to deal with fragile skin or strangers asking questions about their scars.

Now, I know better. Yes, life’s not fair. But in the scheme of things, I’ve been extremely lucky. Not only do I have a relatively mild case of EB, but I’ve had access to expert doctors and research centers in Boston and New York. My parents had the resources – and the remarkable strength – to take excellent care of me and my skin. I grew up happy, healthy, and loved.

The effects of this lottery of birth have never seemed starker than they do right now: thousands of people in West Africa have died of Ebola, simply because they were born in poor countries that aren’t equipped to prevent or contain a disease outbreak.

The stories I’ve been reading about the experiences of patients in hospitals and treatment centers in Liberia, Sierra Leone, and Guinea are heart-breaking. The number of doctors, health workers, medicines, and hospitals compared to the population of these countries is shocking: before the outbreak, Liberia had just 51 doctors working in public health facilities – serving a population of 4.2 million.

The experts agree: if this outbreak had begun in a rich country, it would been contained. The few Ebola patients who’ve been lucky enough to be born American have been airlifted to receive experimental treatments in clean, quarantined facilities staffed by experts. Every effort has been made to save their lives…but not the lives of patients who were born in West Africa.

Extreme inequality is one of the defining issues of our time – and access to quality healthcare is just one example of its life-and-death consequences. The truth is, the rules are rigged for so much of the world’s population. People are trapped in cycles of poverty, with little chance of escaping it. That’s why, here at Oxfam, we work to tackle the root causes of poverty and injustice. We believe that, in a world as rich as ours, it’s wrong that so many of us go hungry or don’t have clean water. And that all of us, through our actions, have the power to right this wrong. It won’t be quick or easy, but it can be done.

If there’s one idea we can all rally behind, it’s this: all our lives have equal value. The circumstances of our birth – man or woman, rich or poor, the country we live in or the skin color we were born with – shouldn’t determine how, or whether, we live or die. It’s time for all of us —rich, poor, and in-between—to come together to tackle extreme inequality and realize that vision.

Support health workers in West Africa with critical supplies and equipment, and help provide those living on the front lines of the Ebola outbreak with the knowledge they need to protect their families. Donate now 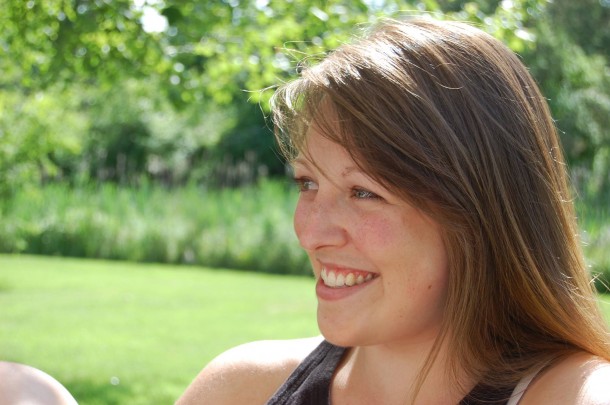 Meril Cullinan is based in Boston and has worked as a digital media specialist at the UN Foundation, Oxfam America, and other organizations. She works to connect with Oxfam supporters through emails, online actions, and social media.